Herak: “A Revolution against Stasis” by Artist Marwan Nassar

Herak: “A Revolution against Stasis” by Artist Marwan Nassar

30 works of art formed the first solo exhibition, titled Herak (mobilization), by artist Marwan Nassar (32 years) from Gaza. The works were inspired by the various states of the human condition. They told tales of injustice, suffering, hope, ambition, dreams and more. 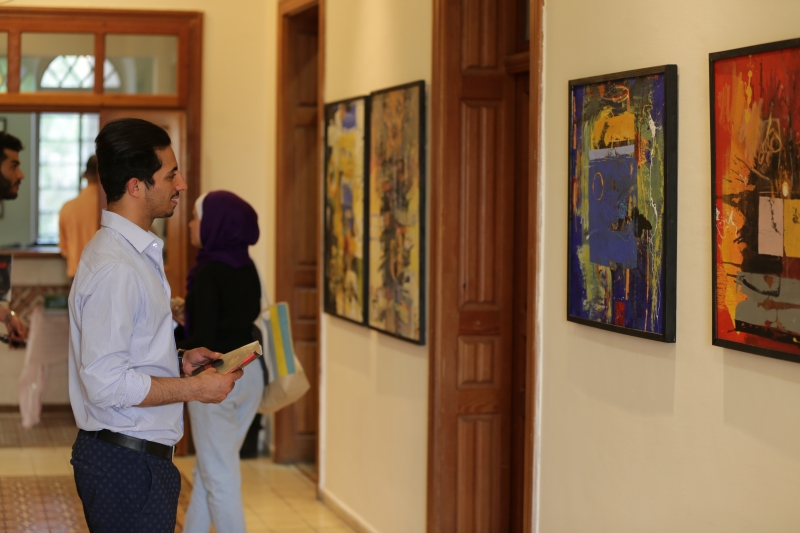 The exhibition opened recently in Ramallah at the AMQF, after having toured the cities of Nablus, Jerusalem and Hebron. Gaza is scheduled to be the last stop.

Nassar started working on the exhibition at the end of 2015 and finalized it mid-2016, with the support of the AMQF Culture and Arts Programme, and in cooperation with the French Institute.

“It is very painful to be denied the right to movement, one of the most basic human rights,” said Nassar, who could not leave Gaza to attend the opening of his exhibition in any of the Palestinian cities, due to the obstacles laid by the Israeli occupation. “But we will certainly not allow checkpoints and restrictions to stand in the way of art,” he added.

About  his experience in the exhibition production, Nassar highlighted, “I relied on an exploratory phase that constituted an important starting point in my life. I tried to produce new concepts and specific materials to build my work, so I used newspapers and some fabric, for instance”.

Faces form the focal point of many of Nassar’s works. “Many of the works fall under the umbrella of the Modern Expressionist  School,” he noted. “Other works are rather abstract and rely on color. They can be viewed as a revolution against stasis. They fall under the umbrella of common humanity and of the struggles lived by Palestinian and Arab societies in light of global shifts and conflicts.” 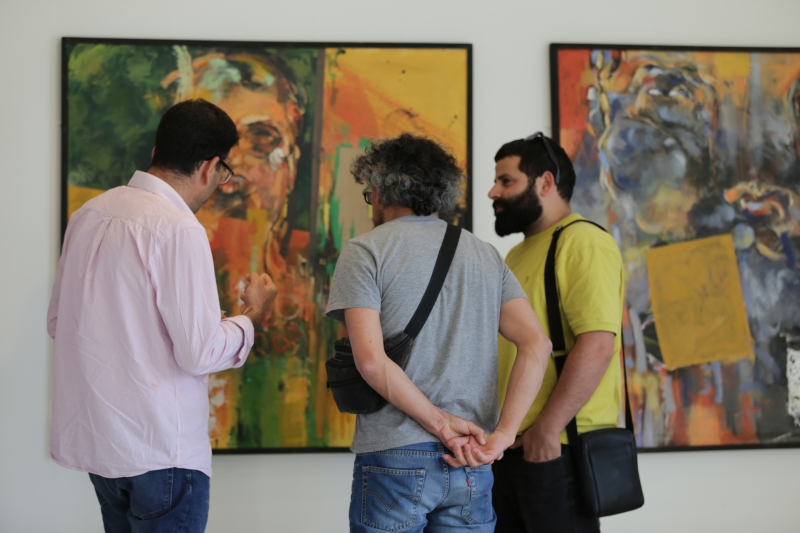 The exhibition will run until the 25th of the current  month at the AMQF headquarters. “It’s an exceptional work by a young artist with unique style, skills and language, especially within the Gazan art scene and among other artists from his generation,” said Mahmoud Abu  Hashhash, Director of the AMQF Culture and Arts Programme. “I believe his experience is worth following,” he continued.

Adèle Spieser, Director of the French Institute in Ramallah, also commented on the event: “Our collaborations with AMQF are central, and we are currently trying to bring artist Marwan Nassar to Ramallah, so he can be present during the last week of his exhibition and have the chance to meet with the public and other artists”. 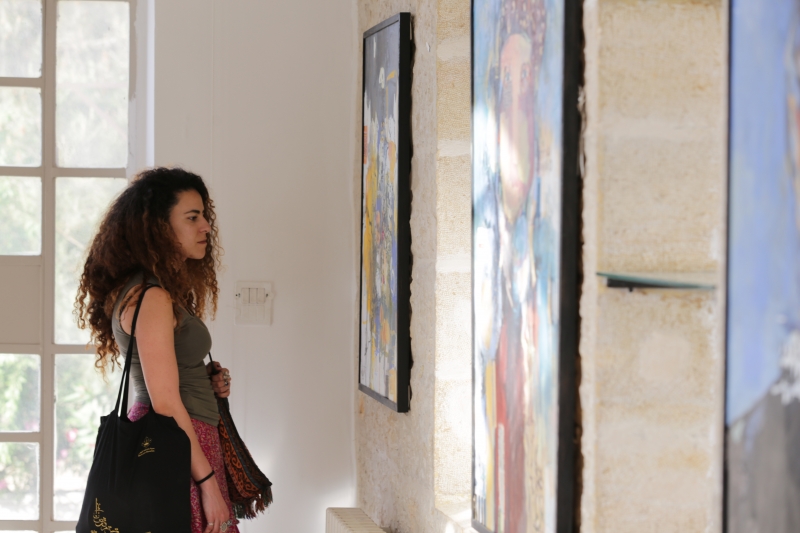 Finally, Samar Taha, who visited the exhibition, said that she enjoyed it. “I felt there were dark elements to some of the paintings. I also liked the artist’s use of fabrics and newspapers in them,” she noted.